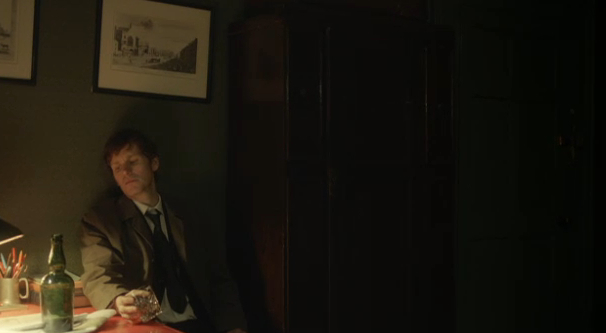 Just a tip of the hat to what has been an mostly excellent first full run of the Inspector Morse prequel series, 'Endeavour'.
What seemed an idea too far (a misguided attempt to cash in on what ITV no doubt considers a franchise, as the sequel series 'Lewis' seems likely to have reached its end) has evolved over the recent four stories into something strangely fresh and atmospheric and oddly modern – beginning with its bold, one-word episode titles – despite its setting in the early days of the character's police career in mid-1960s Oxford. It has stylish direction, memorable characters – both presenting young versions of a select band of the established ones from the later series and splendid new additions like Morse's pipe-smoking mentor Inspector Fred Thursday, played with relish by Roger Allam. Creator Russell Lewis – no relation, shurely? – has crafted a strong format with wit and weight in the writing.
And the most crucial element of all: what lead actor Shaun Evans does is very interesting – it's not an impression of John Thaw in any way – a curiously effective suggestion of what a person could be like if you strip away the years. It could all have fallen at the first hurdle without him, and luckily he's damn good.
Here's a raised glass of a suitably dark, cask-drawn ale to more.
Posted by n16holson at 18:08 1 comment: