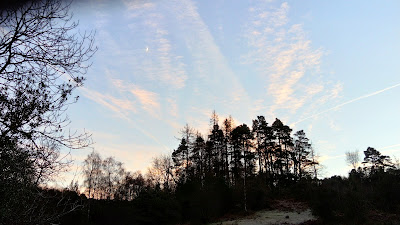 After the festive bloating, a following of familiar frost-crusted paths.
Across crunch-grass fields, through gates and up towards the modest heights of School Knott.
The tarn waters hard from the day, barely touched by sun.
Windermere below, the north western fells beyond.
The day's first cloud oncoming, even as it passes the baton to the falling night. 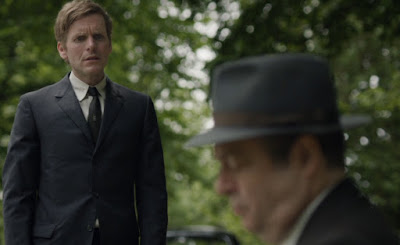 Just a pop cultural note to say how pleasurable it is to see the new series of 'Endeavour' awaiting us all on Sunday evenings, ITV at 8pm.

Once again, the first episode delivered the goods in terms of layered, nuanced performance driven by a thoughtful and evocative script from Russell Lewis.

My childhood was the 1960s and the series captures a version of our society at that time that rings true, re-created with care and compassion; the tightly bound codes of human activity that separated lives in public and private, in the battered country beyond the last world war.
Beyond the fashions and styles of 1967, the synthetic fabrics and colourful hoardings, there's a darkness away from the greens and waterways of Oxford, where the vestiges of old power still taint the optimism of a cultural revolution happening in Swinging London.
The eloquent silences within the fractured home of Fred and Win Thursday (the superb Roger Allam and Caroline O'Neill) – as he and his wife mourn the loss of their still absent daughter – were beautifully done.
Though all about the past the series remains a strangely fresh concoction, shot with a delicacy that allows the viewer to see close textures and scenes within scenes within the larger composition.

Shaun Evans once again plays Detective Constable Endeavour Morse with conviction and quirk – one of those actors that is essentially watchable – in a foreshadowing of his older, bleaker self in the series with John Thaw.

It is fascinating to see modern sensibilities and filming techniques applied to an 'older' version of such a well-loved fictional world – especially in what is the 30th anniversary year of the original show.
No sign of Morse creator Colin Dexter in a cameo - or did I miss him? 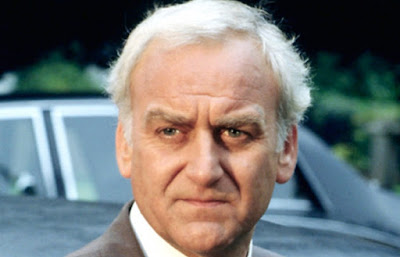