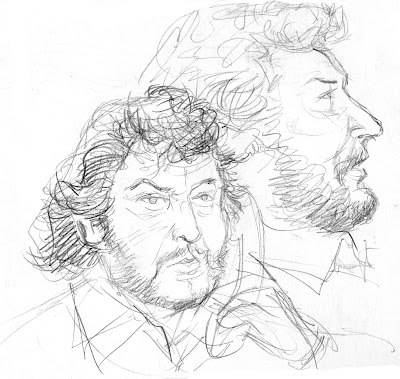 As a student I parlayed my way into the interior of the Centre of TV; used the name of my place of learning (St. Martins School of Art) to gain access to the space behind the cameras; spending a morning in the office of John Nathan-Turner (1947 - 2002) then the ninth Producer of 'Doctor Who'.
The Man who would become known to a generation of Who fans as simply 'JN-T' - and a controversial figure at that, who many, rather simplistically, blamed for the show's later apparent demise.
A man of the ensuing decade, generous of hair and shirt collar (known to favour a Hawaiian shirt, though not that day) and his time – at least to a point.
I was to capture the man at work – an 'interesting professional' as our brief put it – and so I did.

Did my images capture the answer to the question (let's face it not that many people ever asked themselves):
What does a TV producer do?
I guess they did, in that it included taking innumerable calls, talking the babble of telly, calling for cups of coffee, and smoking many, many cigarettes. In part.

All fascinating at the time – my first glimpse inside the guts of the beast (not JN-T, rather TV itself) – but making for dull images for the sketchbook I think.

In retrospect this was a curious coup (JN-T was ever the flamboyant ambassador for the  - some would say - deteriorating camp of 1980s Who through til its cancellation, but also a fierce guardian of its secrets, behind and in front of the camera).
I was lucky to get a golden ticket of entry that day, though I think he was finally heartily bored of my presence ("Well, are you done then, chuck?" he said, already rising to usher me away as a late lunch loomed.) Was he that absorbed by publicity – any publicity – that he saw this as such?
More just a natural showman enjoying the attention, I imagine.

That Summer I shamelessly exploited this first insider track, visiting BBC TV Centre Studio 3 on a sweltering July day to see studio rehearsals of the Fifth Doctor, Peter Davison, and crew for the less-than classic story "Warriors of the Deep".
Reptile men acted without the heads of their costumes to escape the murderous studio heat, the set was still being painted and tension spilled over into fluffed lines and giggles at the sheer daftness of it all. JN-T refused my request to stay for the filming and I returned to the parping traffic and sweat-beaded underground trains of Wood Lane. No Yeti on the underground that day.

Earlier, on my inevitable visit the legendary BBC canteen I had - unlike the stories one always heard – seen no-one famous at all. 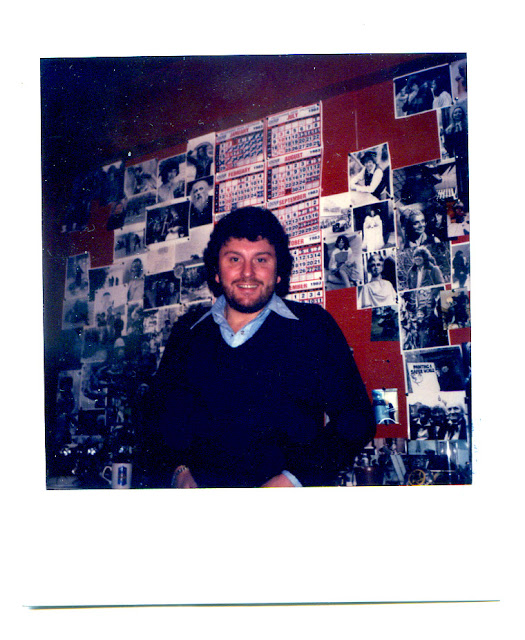 NB
The day after my initial posting the mainstream press have gone feral at the disclosures in an upcoming 'warts and all' biography of  Mister Nathan Turner – which seems likely to fuel the fires of the 'Savilegate' controversy.
All adding a further sour coda to the closure of the TV Centre.
On that far away day 30 years ago all was innocence and welcome and not a hint of impropriety, I might add.