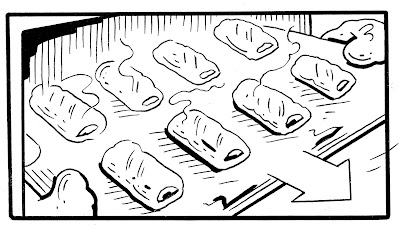 As well as the evidence of my storyboarding practice available at www.storyboardsitf.blogspot.com here are some examples of the work I did - and  continue to do - across a variety of film and TV and Adland projects.
Examples here are either isolated frames which I have enjoyed unearthing from the thousands within my archive, or sometimes whole pages. Formats and media changes depending on the job - as with all image content herein, please click on any to see the larger detailed version. The core of all of it was to sit and listen to a director describing how they saw what they wanted to film, based on the scripted word. And draw it. 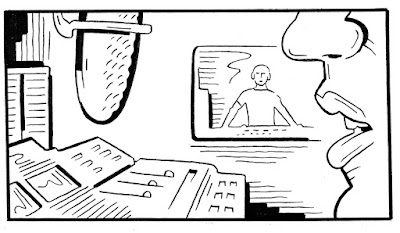 The circumstances of my first work in this field were entirely by chance – a phone call from a friend whose brother-in-law worked at an agency who needed a storyboard artist quickly as their regular man had broken his arm skiing.
I answered the call as an un-employed illustrator, and by tea-time that day returned home from deepest 1990's Soho having met Director and Producer and with a Sega commercial to complete the boards for. . . After a slight false start where it was pointed out that I was trying too hard to make each frame as 'special' as a singular illustration, I never looked back. 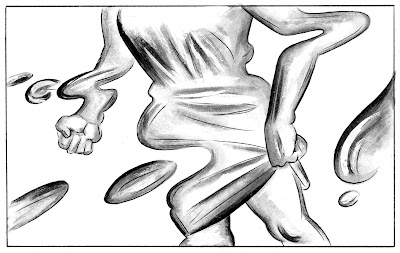 The years - and new career - that followed were to lead me through a landscape of such unexpected markers, pointing me in new directions, stretching my interpretive skills in one-to-one meetings with directors who were often complete strangers. Together we made streams of pictures that brought life to scripts that rarely ran to more than a page or two.

In storyboarding even a ten-second commercial the number of frames could seemingly bend the laws of time such were there number. 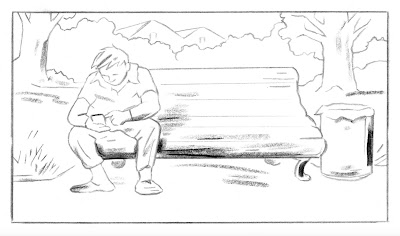 Later, I found myself walking with comedians - and comedic writers/directors - which was a welcome change and aligned to my lifelong fascination with the business of laughter, and admiration for those that pushed it on.
At the invitation of Charlie Higson I was as ubiquitous as the mid-afternoon tea and cakes trolley on many locations for his revival of 'Randall & Hopkirk (Deceased)' across 1999 - 2001 as sequences I had boarded with directors Mark Mylod Rachel Talalay, Metin Huseyin and Steve Bendelack were filmed. 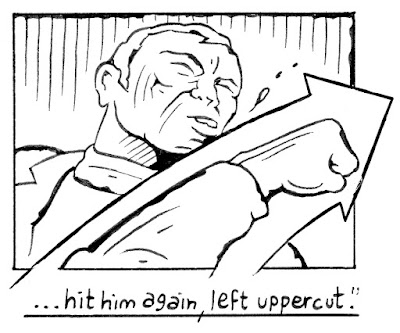 Again with Steve B I investigated the nooks and crannies of Royston Vasey in the company of The League of Gentlemen. 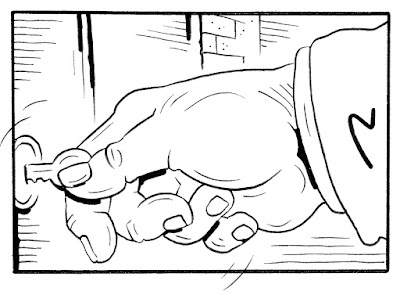 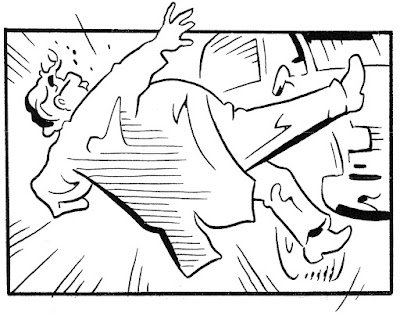 Armando Iannucci and Paul Merton opened their imaginations up and I tried to draw what I saw there, and in my opening boards for his feature film debut, Ali G escaped Staines to drive the streets of LA courtesy of Mark M. 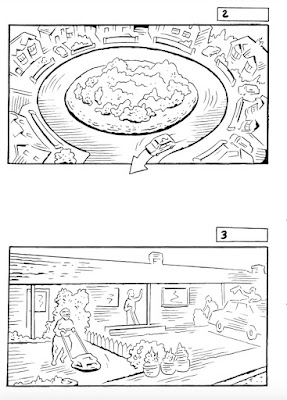 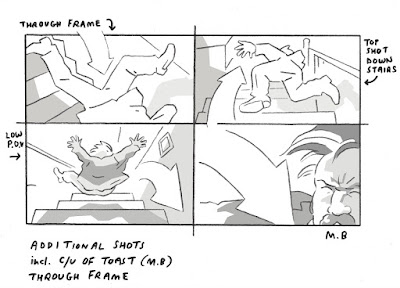 Arguably the effect of a joke dies with repetition, but the nuts and bolts of the making of something funny are as complex in their demands on various production departments as selling butter, toilet rolls - or indeed sausage rolls. 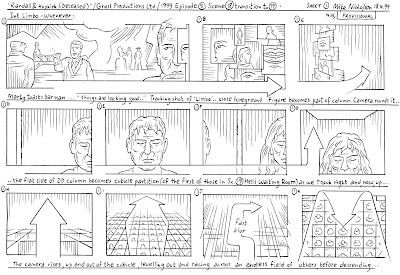 I enjoyed every minute of it.