The Cosmic Hobo Comes In From The Heat 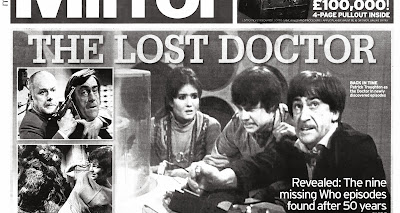 And, in the news. . .
Very happy that, in time for the show's 50th Anniversary celebrations next month (23rd), the BBC have unveiled a couple of gifts from up their corporate sleeve - well, nine actually; episodes from the tenure of my 'own' Doctor (and the 2nd in the line since 1963), the mercurial, mop top, marvellous Patrick Troughton.

Rumoured for a week or two, then the subject of typically overblown headlines at the weekend ("100 lost episodes found!"), the truth was revealed - episodes that complete fragments held of classic stories "The Enemy of the World" (written by David Whittaker and broadcast December 1967 to January 1968) and - a tale that shaped my notion of London, and especially its underground system (where hulking robotic servants of the malevolent "Great Intelligence" prowled in the shape of monstrous Yeti) - "The Web of Fear" (written by Mervyn Haisman and Henry Lincoln, broadcast February to March 1968).
The episodes were found in a TV relay store room in Nigeria by Phillip Morris of the Television International Enterprises Archives.
Of course it was the Beeb who junked these and scores of other episodes back in the 1970s when the oncoming reality of a market – and ready audience – for domestic copies was a misty future dream. Simpler times and simpler income streams.

Obviously that mysterious blue box, amongst its endless dimensions, holds a few childhoods, not least my own. In the second image here we see a typical scene of the period - my fresh grey matter already in thrall to the cathode ray tube - never to be free of it. The Great Intelligence, indeed. 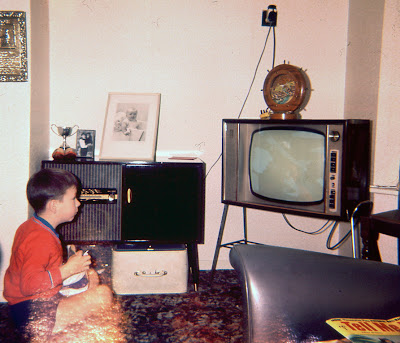 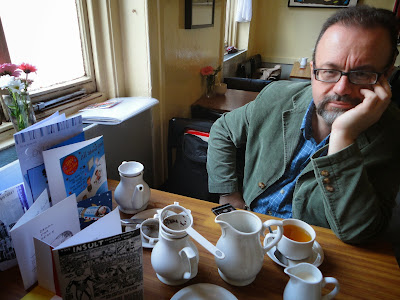 Birthday Boy.
On a lost afternoon in Soho (here upstairs at Maison Bertaux on Greek Street, with green tea, delicious cake and sweetest company in a pocket of timelessness) before a lost-er evening in Stoke Newington with finest Turkish cuisine.

Thank you to she that deserves it.
An unforgettable day.
Posted by n16holson at 09:08 1 comment: 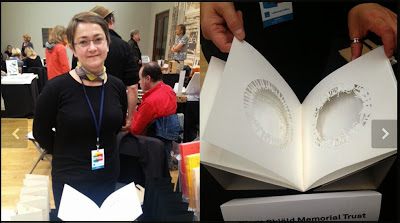 My beloved MSDA has gone and won the Birgit Skiöld Memorial Trust Award of Excellence for her beautiful latest book "Al-Mutanabbi Street: A Vicious Circle".

The best thing that happened all weekend, of course, and richly-deserved.

The book will now be added to the National Art Collection at the word & Image Department of the Victoria & Albert Museum. Her previous edition, the breath-taking "Steam, Salt, Milk" won this award a couple of years ago.

Here's a screensnap from the Whitechapel twittery page to mark the occasion.
Posted by n16holson at 09:00 No comments: 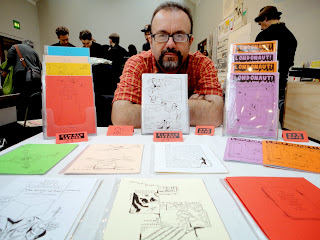 After a hair-raising dash through the visualized streets of London Town, my new title "Londonaut!" saw the light of day across the weekend of the latest event in the UK book arts calendar.
This year's LAB proved a more sprightly affair, with good friends, familiar faces, kind strangers and other things that make it all worthwhile.
Thanks to Nancy Campbell (she of the words), Rob Hillier (he of the fonts), Linda Newington & Catherine Polley from Winchester School of Art, Maria White  (a great ally, and recently late of Tate Collections), Elizabeth James (of the V&A no less), Ally Waller & Sophie Beard (valued colleagues), Magnus Irvin (King Twit Himself), Nick Roberston (key Londonaut inspiration) and many, many more. . .