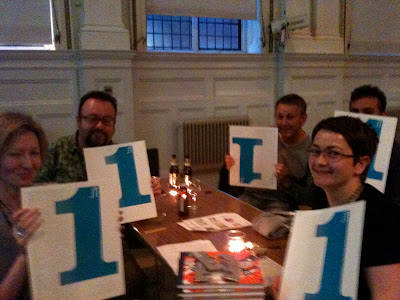 Ultimately, the first day of the 'DIY Design' 2010 conference at wonderful St. Bride Type Library was notable for two things:
1) – the successful delivery of my partner Mette Ambeck's 1st Conference paper – entitled 'Cutting, sewing, scanning, printing – a personal design journey into publishing'
and
2) – a bizarro tale of the unexpected wherein she and I, along with three complete strangers we had never met before, WON the 'Type Quiz' that evening. This regular event was hosted and devised to a level of fiendish detail by the Grand Moff Tarkin of Type, Phil Baines (fellow traveller in the 1982 intake of St. Martins School of Art Graphic Design course and my old flatmate). None was more surprised than he.
We must have won though - Phil marked the paper personally.

How weird is that? 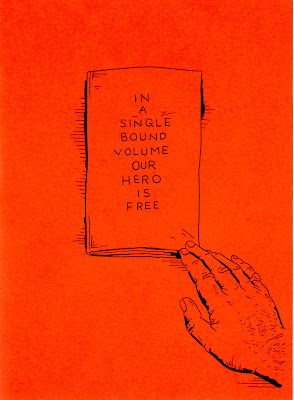 As with the earlier 'Sitting Ruminations' edition, in 2008 I responded to an open call for submissions – this time from artists Chris Taylor and John McDowell, who organize the annual Leeds Contemporary Artists' Book Fair.
They sought book art that investigated the nature of the book form itself, and – as I had exhibited relatively little at that point – I was keen to submit something.
Ultimately, I created a 'silent' issue – the pages and the action they carry are completely without text. While this began as a pragmatic decision (the preparatory process of writing takes far longer for me than the drawing) it resulted in probably the most visually playful edition to that point. The book, the page and the spreads act as doorways, windows, places of acrobatic transition.

If I was that active in real life I'd be thin as a rake.

The title, if you hadn't guessed, tips the hat to a certain champion of Metropolis, and in using it I painted myself into somewhat of a corner – it became the first 'Ensixteen' edition to be bound by thread and needle sewn-style.

The edition was selected for the subsequent exhibition 'From Book to Book' at Leeds Art Gallery (6th to 20th April, 2008) and has proven to be very popular with buyers since.
Posted by n16holson at 13:57 No comments: 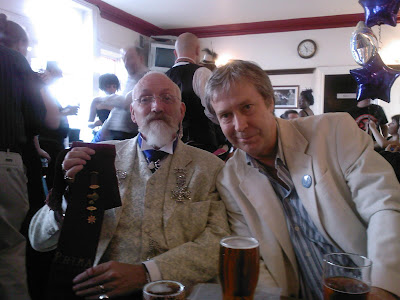 The Bard of Brentford, the Sage of the Age, the Gurus Guru. . .
Robert Rankin - author of around 30 novels and pioneer of Far-Fetched Fiction. I have known and enjoyed the company of The Lad Himself since my early college days, when he welcomed me as an itinerant art student & illustrator into his West London home to talk the toot, shoot the breeze and chew the fat.
And it still goes on, though now mostly in Brighton.
Here we see RR on the occasion of his wedding to steelpan artiste extraordinaire Lady Raygun (AKA Rachel Heyward) in the parish of Brentford, in the Year of Our Lord 2007. He is the one on the left - the other being Mister Jonathan Crawford.

See www.goldensprout.com for the doings of his new fan club.

My Partner In Crime & I 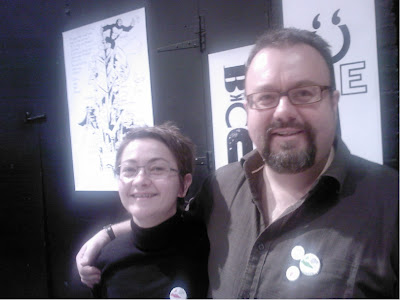 Our next gigs will be:
2nd London Art Books Fair at the Whitechapel Gallery on 24th/25th/26th September 2010 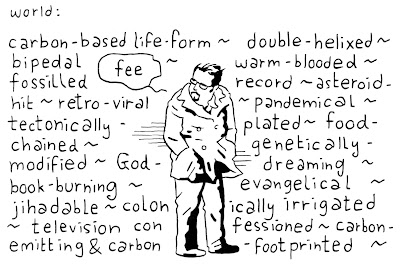 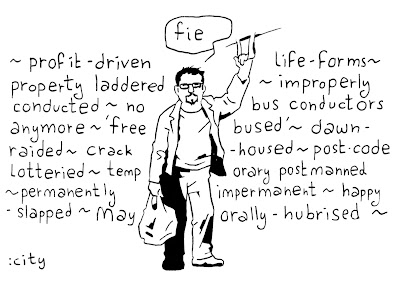 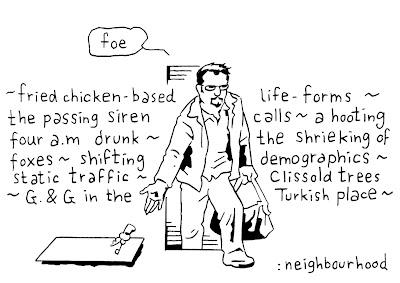 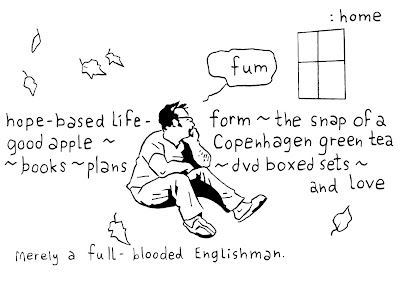 This small set of postcard designs were created in 2007 for the ongoing 'Random Project', at the invitation of designers Sarah Hyndman and Becky Chilcott. They extend and elaborate on themes that were beginning to recur in the 'bio auto graphic' books; senses of home, personal happiness, society and our place within it. . .

You can find a wealth of visual material related to the project at both www.random-project.co.uk and specific detail on the amassed postcard designs at www.flickr.com/photos/random-project.
I'm on page 3.
Posted by n16holson at 02:53 No comments:

Elsewhere in the press, from our correspondent in West Cumbria. . . 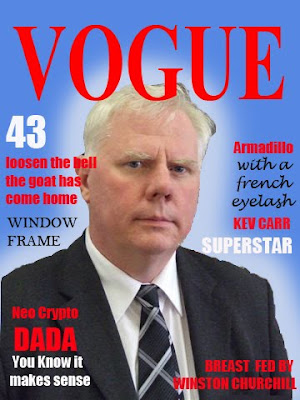 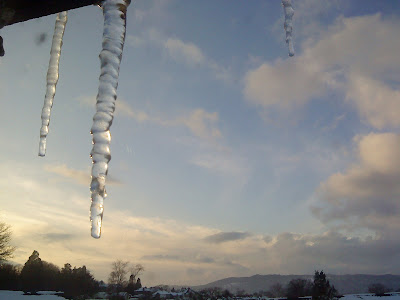 The 'Ensixteen Editions Seasonal Range' was created during the course of around a year and some spare change, 2006 to 2008.

My inspiration was the grab-bag style of the kids comics of my youth, especially the seasonal 'Specials' they brought out – albeit usually just in summer as an extra treat during school holidays (the heavy-hitter, hardbacked 'Annuals' being saved for Christmas stockings). They would contain familiar characters as well as articles, photo quizzes, joke pages and maybe longer versions of regular strips.
As regards the significance for Ensixteen, these books allowed me to create new strip stories - some along seasonal themes like 'Baked Meat in a Can' in the 'Special Summer' edition – but also pool together lots of sketchbook material which I had begun to accrue in recent years. Some single pages and small sequences were from other sources, but almost all the material was previously unpublished.
Page counts were higher across the quartet, giving particularly good value for money, either when sold separately or as a set within an attractive 'belly band' design.

A couple of points are worth noting, and are illustrated in the previous post.

First point: Some strips herein feature the last appearances to date (2010) of my earlier alter ego character 'Ron', who I had drawn since 1970's school exercize books and had most recently starred in my 'Stokey Comics' line between 1999 and 2003. In the 'Autumn Almanac' (actually the first in the set to be completed) I return from work to find him in my flat, having somehow crossed the divide between drawn page and reality.
I guess in some senses this was my guilt surfacing – at having abandoned him in favour of all the fun I was having drawing myself and my own life in 'Ensixteen Editions'.
Certainly Ron himself is unconvinced during this metafictional little 'team-up', as he reads some of the recent stuff. He and I proceed through my pen and ink Stoke Newington to mull it over, walking through Clissold Park, eating at the – now sadly-departed – Shamsudeen Restaurant and taking ales at The Rochester Castle public house, allowing cameos by both the living and the dead.

Second point: In the 'A Winter's Sale' edition there is a more coherent narrative from first page to last, as I consider my home town in the Lake District as it must have been in the 1960s in winter – a more isolated and characterful place, I suspect. I experimented here not only with new elements like family photos but most significantly with selective colour. In this I was aided by my old friend David Ellis at the Why Not Associates, who essentially took my art direction in the use of an intentionally understated colour palette.

It seemed to me, in the season we least associate with colour, that I should use some for a change.

Alone – and together – the issues proved popular, and were collected by regular customers who now included public collections like the Tate Gallery and Manchester Metropolitan University's All Saints Special Collection.
Indeed I'm pleased to say that the latter has made sure to retro-collect the entirety of both Ensixteen and Stokey Comics output published since 1999.
Posted by n16holson at 16:27 No comments: 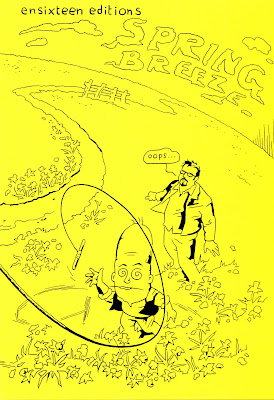 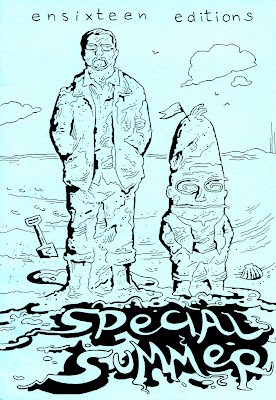 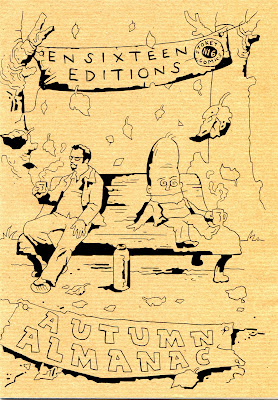 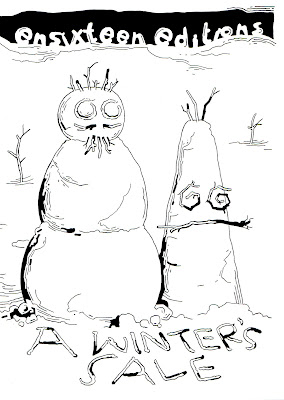 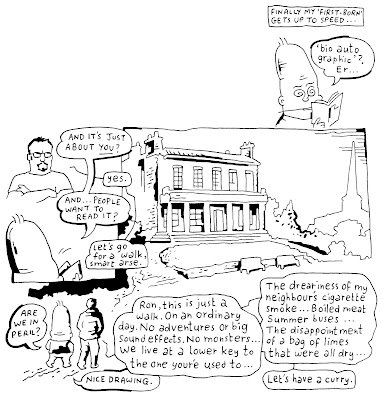 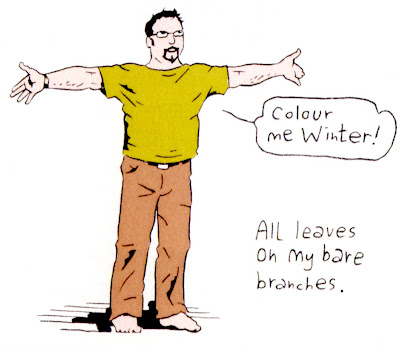 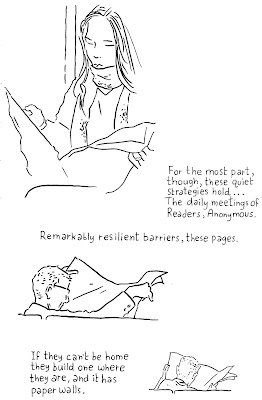 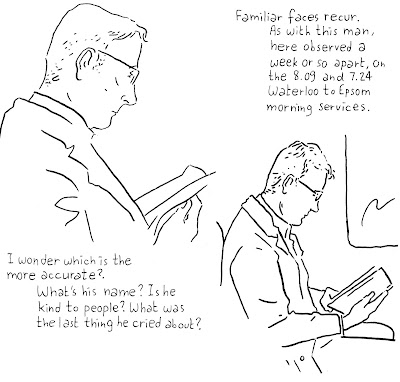 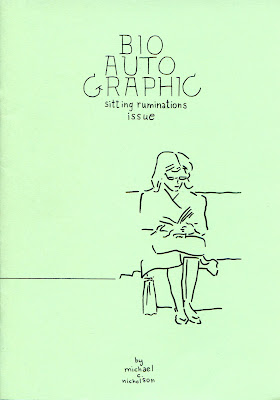 In 2006, with the 'Sitting Ruminations' edition, I responded to a call from artists and co-curators Lucy May Schofield and Tom Sowden, who had the idea to create an exhibition wherein the 'preciousness' surrounding certain incarnations – and exhibiting formulae – of the artists' book could be left behind. They had decided to: 'Take them out of glass cases, out of libraries and away from the artist’s book fairs, resituating them in an environment that was conducive to reading and engaging with the books.' (Tom S on the UWE book arts website.)
This they did, in the form of a recreated 'sitting room', with books available and accessible on shelves and surfaces, as in a pre-television era where they arguably played a more central role in our informal entertainment and education.
Beginning in Manchester the 'Sitting Room' show toured in Europe and even as far as Mexico over the next few years.

My own book – the only time to date (2010) I have done so – gathered drawings made on or near forms of public transport during my daily commuter travel to my college job.

I had a tight schedule, and used a beautiful sketchbook hand-bound for me by artist Mette Ambeck. The limit of its page-count was the limit of my raw material. As marriages of form and content go, it provided a perfect sufficiency for what I needed.
I wanted to capture ordinary folk in their ways of distraction, using books or printed word as a means of escape or a barrier to the boredom of dreadful daily repetition.

For more on this see the exhaustive and exemplary website at University of West England's - most particularly www.bookarts.uwe.ac.uk/sitting07.htm 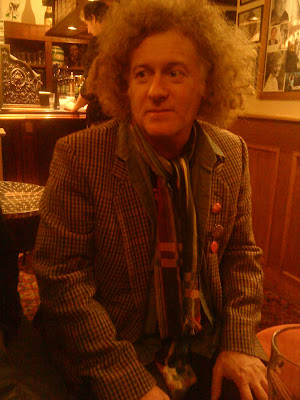 See www.liverandlights.co.uk for the man, his work – and his shed.
Here we find him during the Bristol Artists Book Event 2 (or in a nearby hostelry anyway) as, in early April, 2009 turned it's face towards warmer times.
Posted by n16holson at 09:14 No comments:

This is inside my mind, always.

Distancing myself from the kind of thing in the box below preserves sanity – and not in a bad, dead way, like pickled eggs in a jar, either.

Before the dog days of August. . .

Good weekend to those who read - at least a bright and breezy Saturday here in N16 - London's green and pleasing Stoke Newington - as I type these words.
The day being 17th July, 2010.
Where are you right now as you read, I wonder? Has time passed - is it Winter yet? Are you having a nice day that has already made you smile or feel good in yourself?

Remiss of me to miss posting anything here for some several weeks - it may even be a month or two - but such are the interferences run by other commitments and demands on the time we have. I hope you will understand.
The pressures of my academic job are eased as members of the Graphic Design Team take their various Summer leaves. A full-on year, a madhouse at times. And New Dawn awaiting us in September - a profoundly rewritten and revalidated course, with much that will be new and energizing we hope.
All of the above against the background context - since last I wrote - of the country's new 'Coalition' masters - headed by interchangeable Etonized Clone Twin technology that sound the same, make the same earnest gestures and sounds, convince no more than the last mob.
Bland, bland, bland.
The bland leading the bland?

In other news, a fellow Cumbrian has run amok and killed many people one bright day in Whitehaven, and on the East coast a stone cold killer called Raul has apparently become a 'People's Hero' to some of the morally bereft followers of Facebook. Read it and weep.

Upcoming here: the ongoing catalogue of Ensixteen's Evolution and back-catalogue, as I head for the present day through posts on each issue that I've produced under this self-publishing banner since 2004.
There will be insights, thoughts and lovely pictures aplenty.