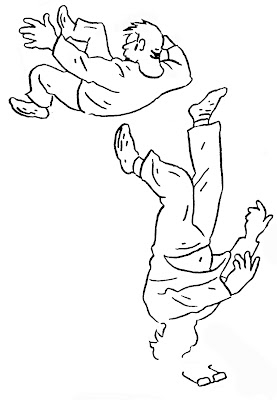 What's it like to start a new piece of work?

In discussing this matter with my students I sometimes get the feeling that they feel there's a single formula to it, a definite way that creativity happens.
No such equation exists, of course. Experience has taught me that.
There's a pleasurable state one reaches – of making and thinking all at once - and in many ways a point of not thinking, actually.
One succumbs, having put in place entirely personal details of materials or environment that have been discovered through trial and error to help the process (see my recent post below).

You just fall into it, powerlessly.

And trust that you'll catch yourself. And the thing that saves you is the new work you make.

Is what I've just written here a candidate for Private Eye's 'Pseud's Corner'?
No - I think I believe it to be true.
Posted by n16holson at 04:28 No comments: 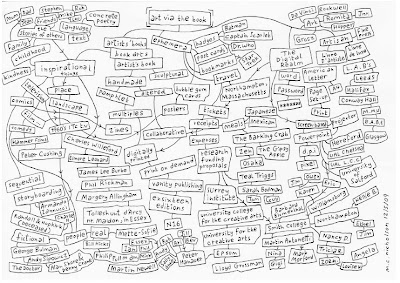 In this piece created for an exhibit at the University of West England a few years ago there's a hint of one of the central themes that drives me in making my 'bio auto graphic' series.

In reading this again it's with sadness that I note some of the branchlines of my life here have faded since the making of it - whether they be people who I see now rarely or passing creative infatuations from which I have moved on.
Many shall never wither, though.

The Line as a Mirror 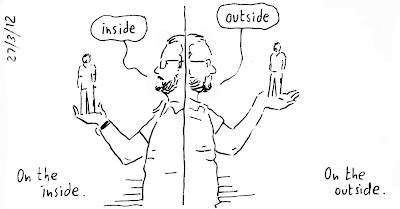 A flipside to our personalities, and differing interpretations of our actions, are recurring themes across previous Ensixteen Editions. All part of my subjective translation of what happens to us – or to myself.

The new edition for Denmark (see below) once again finds me teasing out such aspects in image as well as written form.

As with all posts within this blog, if you click on the image you get a larger version.
Posted by n16holson at 15:21 No comments:

UDKANT - 'On The Margins' - sketch one 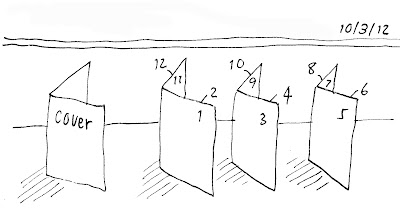 And so, for the 4th year in succession, I will be creating a new edition to submit to the Danish book arts event held at the Limfjordcentret in Thy.

I am enjoying the usual preliminary stage; considering the shape of the ideas inside the given theme, noodling around with written notes as well as early sketches, relaxing into a few visual motifs that recur as more pages are filled.
At the start of every new Ensixteen Edition (this will be the 21st) I draw out a version of the image here – visualizing the ground ahead, considering the empty set of pages within which I'll place a new narrative.
It's as unashamedly ritualistic as the making of a pot of tea. It helps me ease into the creative day.

The sketchbook is a blank map and I step out regardless.
Posted by n16holson at 15:02 No comments:

A Journey Through Time and Space 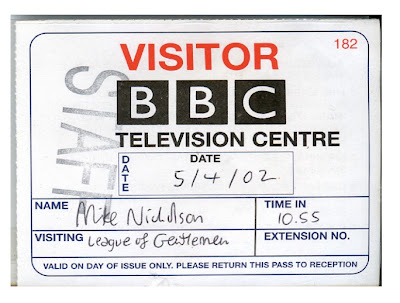 I was recently contacted by a University of Westminster PHd student, Gamze Toylan, who is looking at the production and evolution of 'The League of Gentlemen', for which I storyboarded with director Steve Bendelack in their third series (BBC 2002).
Thanks to GT for a very easy interview process on a shining, chill morning, as we descended to the bowels of a UW building on Regent Street and blathered on about my experiences, comedy in the 1990s and early 2000s, TV and all points between.

Amongst various 'precious things' I unearthed was this fragment.

It all took me back to many vivid memories of that period when my predominant income was storyboarding for television (and film), most commonly on comedy projects.
I faced many interesting challenges and met and worked with many fascinating people.

I stepped inside the television having worshipped at its feet since my childhood, basically.
Posted by n16holson at 05:37 No comments: 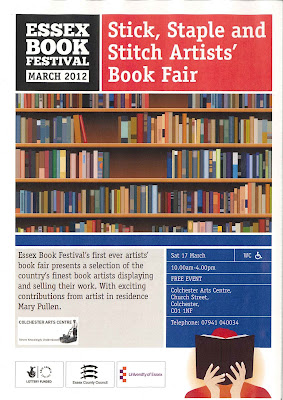 I'll be in attendance at this new event - should you be in striking distance, please do drop by.
Click on the image to get a bigger version and read all the details. . .
Posted by n16holson at 03:57 No comments: 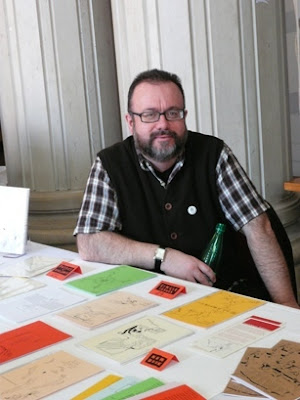 Despite the absence of my treasured partner in crime Mette-Sofie Ambeck this year, the latest Leeds Book Fair (the 15th) passed by enjoyably, with lots of sales and interest during an intense 33 hours stay in that interesting city.

I am here pictured – thinking of all the coins in my cash box – by my fellow exhibitor and University for the Creative Arts colleague, Jane Cradock-Watson.
Posted by n16holson at 03:50 No comments: