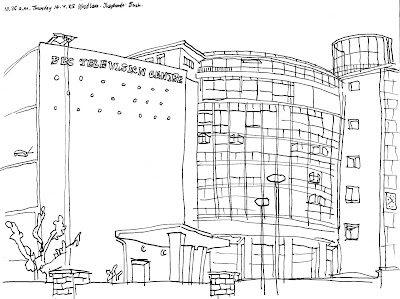 A circle.
A marvellous endless circle of dreams.
Expanding up and down and outward; a honeycomb of creativity and the bureaucratic engines that drove the creativity.
A crucible, a font, a nourishing soup bowl.
I was born in 1962 and my point of connection, where I plugged in - the sense of my own identity within the coalescing culture of that decade (technology intertwined with traditions) – was television.

Like radio and then cinema had been for my parents generation.

I held storytelling close to my heart, and a good deal of the stories that moved me in years to come were shaped here; the playfully shambolic John Noakes on 'Blue Peter' (authority with humour) - Patrick Trougton's re-invigouration of an already unique format as the 2nd 'Doctor Who' (the wisdom of the fool) - the disordered order of blustering Mainwairing forever subverted by the limp ennui of Wilson (the folly of power) - Eric Bartholomew and Ernest Wiseman sharing a bed in sweet innocence (friendship forever) - the floppy clay vases of 'The Generation Game' under Brucie and Larry (the transcience of the physical). . .

So very much of it hatched in this curious concrete and glass doughnut, located in the shabby Westness of Grey London.

Decades before I moved South to wash up in North East of same city-uation.

Praise it, mourn it.
The last live broadcast on Friday 22nd March 2013. 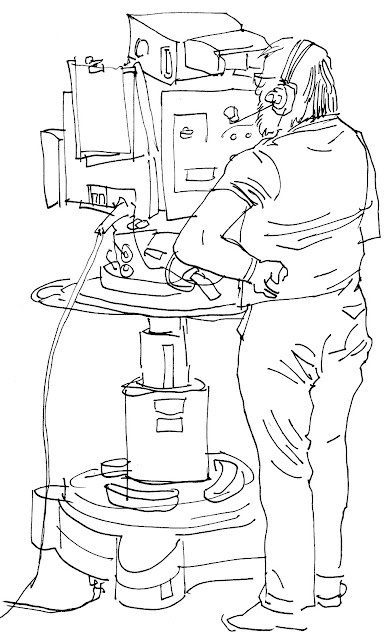