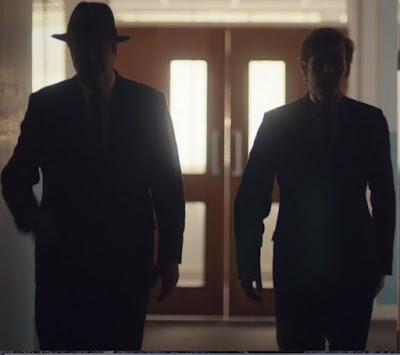 "We hold the line! If you cross it now then there's no way back."

A note to mark the close of the latest atmospheric series featuring young Detective Constable Endeavour Morse, as given breath by the splendid Shaun Evans.
After possibly the longest cliffhanger in TV and film since Star Wars fans awaited 'The Empire Strikes Back', in this third quartet of stories creator Russell Lewis added and subtracted from the regular cast and finally brought the audience some peace after the traumatic events at the close of series 2.
As Series 3 took the story into 1967, Lewis' clear passion for the world first created by Colin Dexter means he continued to reveal new layers to it. Events resonate away into the character's futures while honouring the past of John Thaw's original interpretation (not least by including daughter Abigail Thaw as the recurring local journalist Dorothea Frazil).
Of particular note have been some excellent scenes with PCS Reg Bright as played by Anton Lesser, who has a mesmeric way with even the simplest of lines.
Praise due too, as ever, to Roger Allam, who has made the troubled DI Fred Thursday as compelling a reason to watch the show as Shaun Evans himself.

'Coda' - the closing episode last night, brought the entire cast together in a gripping story that stretched expectations of what the series and the characters can be.
A 4th series would be my only request.
Posted by n16holson at 02:38 No comments: 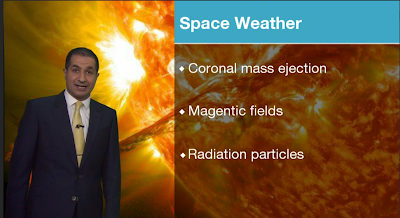 So - it seems we are all living in the future.

A future in which the random madness of Earth's wonky weather systems proves too unpredictable and the TV pundits look further afield.

Incorrectly spelled Space Weather at that.
Posted by n16holson at 16:57 No comments: