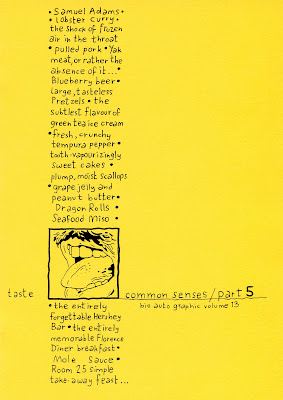 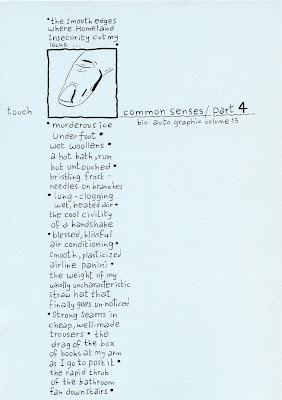 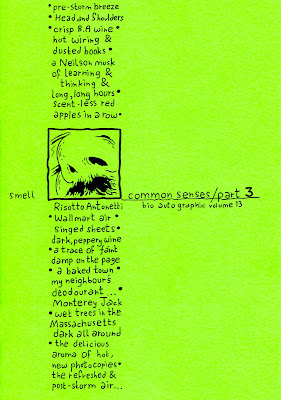 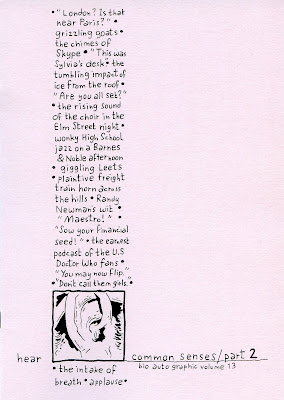 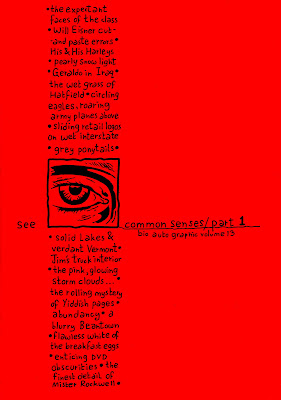 This is a complex one – I’m breaking it up into parts and putting them up here in reverse order.
You can then simply continue down the screen reading one after the other and get the full effect.

In recent posts I have noted a few Ensixteen Editions pieces that were produced for submission to gallery exhibitions. My drive to write and draw the books even in these cases remains very personal, with triggers sometimes being as simple as a single word or short phrase, open to my interpretation.

The largest number of separate issues collected as one release so far are ‘The Common Senses’
– five books linked not to gallery exhibitions but rather to two trips to Smith College, in the small Massachusetts town of Northampton, between July 2007 and December 2008.
Posted by n16holson at 11:57 No comments: 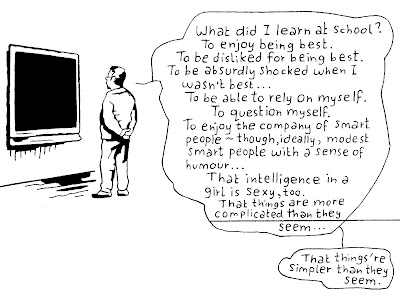 A double visual ‘code’ carried through the series and gave it coherence.

Firstly, each of the five was aligned to one of our human senses.
As you can see in the first post above, alongside connected images of the body the front cover compositions made use of falling stacks of words or phrases that came from the US trips, also tied to that sense (sight, sound, taste etc.), while back covers carried quotes that felt apposite, one example – from Volume 5 – being Aldous Huxley’s:
‘Every man’s memory is his private literature.’

Secondly, on opening a volume the reader finds it carries a theme;
learning, identity, Smith, place and self, respectively.
Posted by n16holson at 11:54 No comments: 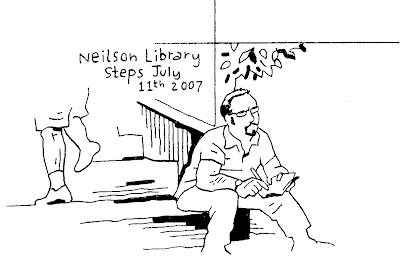 I travelled on a budget provided by 'research funds' from my academic place of employment at the University for the Creative Arts in Epsom, Surrey – such support being available to salaried staff developing ideas which tie into what comprises valid 'research activity'.
These are muddy waters, and I had come to the realization that being awarded such funds was to some degree a kind of shell game, reliant upon unpredictable and unknown management agendas, beyond a point.

Despite that, I set out an idea that sought to link reportage drawing and reflective writing with interviews conducted both inside and outside an academic institution.
As a student and – more recently – tutor I have remained bemused at the occasionally antagonistic relationship between colleges and the communities within which they sit.
It certainly seemed rich territory for human stories.
A kind gentleman called Martin Antonetti – Smith's Curator of Rare Books at their Neilson Library – agreed to help.
Martin's generosity led to many insights into the process and experience of education – the pleasure it can bring as well as the tensions and personal conflict, the things it leaves with us after we leave it behind.
Alongside Martin – in facilitating elements that meant the series worked on lots of levels – was my old friend Karen Leet, who also provided introductions to people and places that embedded the local area outside Smith into the set.

Splendid folk and many, many happy memories to keep, from the baked heat of July to the tight cold of December 2007.
Posted by n16holson at 11:29 No comments: 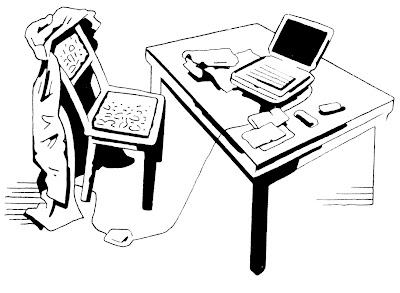 After probably my most intense working period since I started the ‘bio auto graphic’ series, I wrapped the books up and released them into the wild at the November 2008 4th Manchester Artists' Book Fair – and at Smith College itself shortly thereafter.
They drew from the widest range of material I had ever used (location sketchbooks, interviews, photography) – a dizzying patchwork quilt of a thing at times – and I was hugely satisfied with the results.
Posted by n16holson at 11:19 No comments:

Even these books still fall into step with my broad agenda; using my own personal experiences – and the stories spinning out from them – to link with the larger issues within society.
And telling yarns about it all.

Regular themes surface again; identity, morality, personal hope and public fear, the nature of our obligations to each other and to our community, the power of love and friendship and humour to take us through our days in meaningful ways.