You and Your Town? 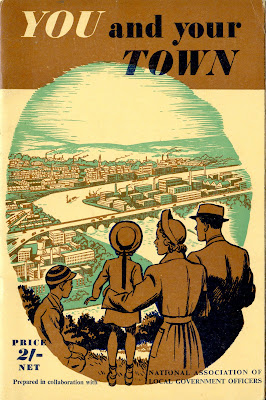 Discovered this document from another dimension - well, the hopeful, bright new dawn thinking of the post-WW2 British Welfare State - over the Summer break.

Had travelled to my homeland of the Lakes the morning after the third night of rioting and vile looting in London and elsewhere.

The contrast between the future outlined herein - all local libraries, free health care and citizens bound together in the new towns of the new nation - could not have been more acutely felt.

Today we steal trainers and burn properties for the jealous sake of it, irrespective of the endangerment of innocent families in dwellings above the flames.

A notion of a nation - admittedly a rose-tinted one - here that would have looked on aghast at recent events.