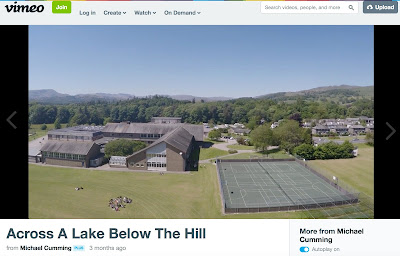 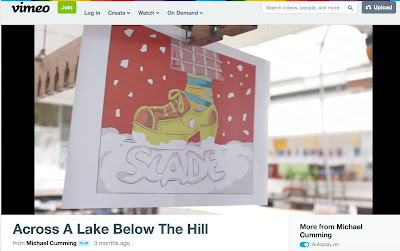 You had to be there?
I don't think so – what MC's done is speak eloquently of a certain time in all of our lives.

My text in full:

An empty vessel; the unlovely building, which we filled with life, mapped with our whispers, frowns, hope and footsteps, racing or dragged along echoing corridors between classrooms, cloakrooms, stairwells.
Marking our times.
Outside, seen with yearning through window glass across the seasons; the distant fire of new flowers, fresh mown grass below hazed air full of drifting dust and dandelion seeds, dancing leaves in gusting winds, dank fog over brittle crusted snows. Inside, a language of the senses;
thick gravy boiling up as the crust of a steak and kidney pie was first breached and portions allocated.
Slade singing about Christmas.
The dreadful sour tang of the changing rooms.
The chemical spice aroma of powder paint, damp paper and clotted ink. 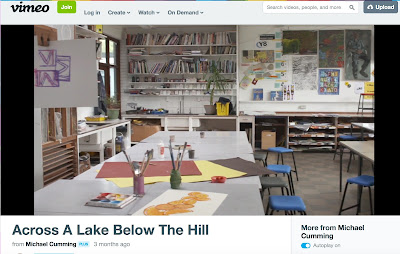