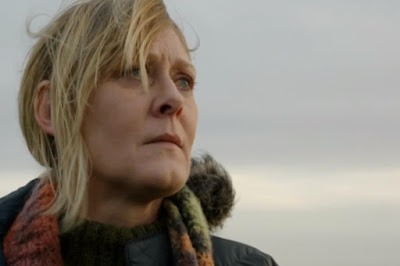 A woman looks with a sense of foreboding at her beloved, carefree grandson. He's running ahead of her, above a valley in Yorkshire. What lies ahead?

The superlative second series of 'Happy Valley' just ended, having starred a bevy of superb actors both written for and directed by Sally Wainwright.
Sarah Lancashire as Sergeant Catherine Cawood was never less than compelling as she crossed a wild terrain of emotions.
Her last look is worth a BBC license fee in itself.

Like a walk in a fierce wind it was breathtaking.

There's an interview with Wainwright here
Posted by n16holson at 15:21