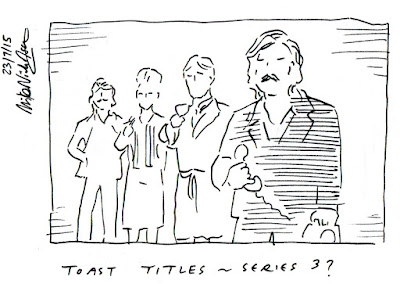 During the broadcast of award-winning Channel Four/Objective Productions show 'Toast of London' I shall add posts giving brief insights into my experiences last summer working as a storyboard artist and concept designer.

This run sports a stylish and effective new title sequence.
Quite late into my involvement I was asked by Matt Berry and series director Michael Cumming to sketch a shot composition for how they saw it in their heads.
With a tip of the hat to the televisual race memory of our childhoods - see titles for the legendary ITC action series 'The Champions' below - Toast himself retains a dominance in the frame while the regular cast of Ed Howzer-Black (Robert Bathhurst), Jane Plough (Doon Mackichan) and Ray 'Bloody' Purchase (Harry Peacock) walk in to join him, before leaving as enigmatically as they came.

We discussed this during a brief break in the studio filming of another episode, and the sketch here was completed while I sat in the darkened set of the Colonial Club.
Job done. 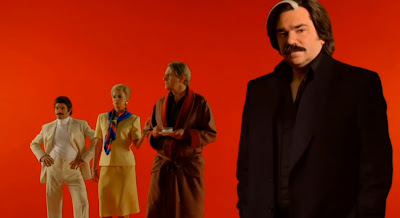 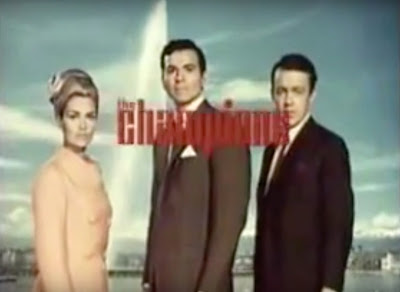 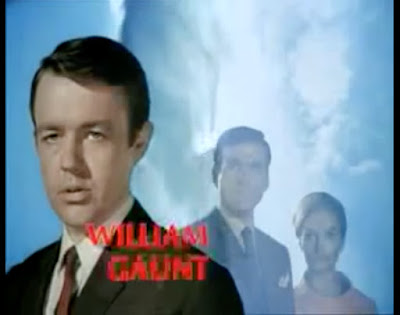